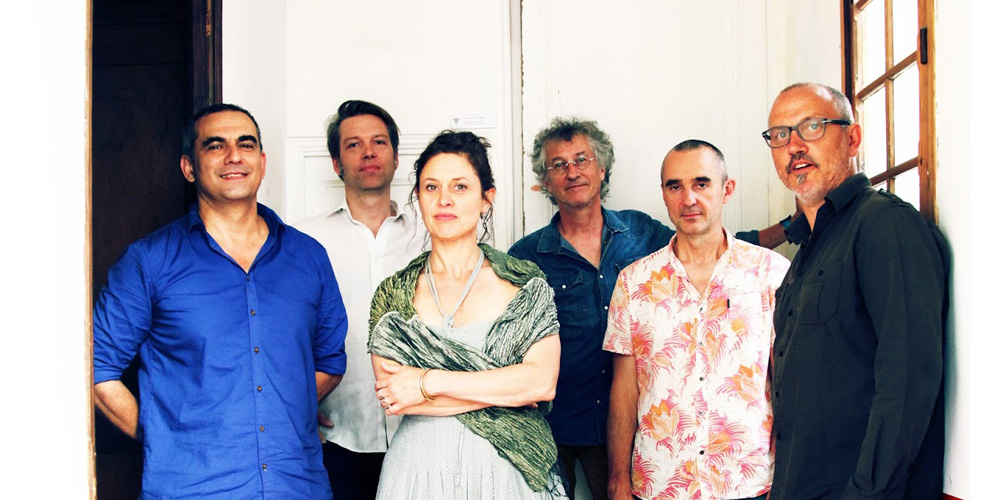 Following his own development both as a man and an artist, Claude Tchamitchian gradually began to uncover within himself a partly repressed secret relationship with the Armenian part of his identity inherited from his father. As the years passed and with the creation of his ensemble, Lousadzak, followed by his collaboration with the superbly talented kamantcha player Gaguik Mouradian, the bass player began an unrelenting search into the mystery of his personal origins, without ever facing it directly.

What broke the ambiguity of his search was the book by Krikor Beledian, Seuils [Thresholds], the first volume of a vast autobiographical fresco; and this great text about memory whose starting point was the discovery of a bundle of family photos, became the pretext for developing what we might call a mosaic, where, piece by piece, the lives of three women portrayed on those photos are recreated, reimagined… Following the same pattern, Claude Tchamitchian decided to recount his own story by composing a collection of themes that would conjure up these imaginary characters. He explains the process: “I thought that by my own evocation of the destiny of each of these people, everything that certain people only wanted only to annihilate, smother or destroy, would finally re-emerge – and this rather resembles my own story: the Armenia repressed by my parents had come through again in my melodies. In this sense, the current story is anything but a memorial for the dead… It is vibrant evidence that any words or culture that risks being silenced, blocked or restrained, will inevitably surge forth once again”.

First performed on the occasion of the centenary of the Armenian genocide in 2015, this long, ambitious piece adapts Beledian’s text to Geraldine Keller’s voice in a series of sound pictures with clearly defined forms and precisely composed settings, all telling the story of each character. Drawing his sources as much from the baroque universe of Charles Mingus, as from a sort of imaginary, inspiringly fertile Armenia, Tchamitchian has created lyrical music, whilst insisting on concision to represent the spontaneous “snapshot” aspect of the photographs. An intimate project, then, that required the composer to assemble a group of talented, committed partners: saxophonists François Corneloup and Daniel Erdmann, earthy, lyrical, spirited and extremely elegant; guitarist Philippe Deschepper with his invaluable harmonies and unique sense of space; Christophe Marguet on drums, capable of providing a sort of continuo in a totally jazz spirit, as well as bringing his sense of dynamics and punctuation to the pieces. Geraldine Keller is the vocalist here, and as such she has to be a singer, narrator and actress; in fact, she plays a vital role in this project, constantly revealing her exceptional talent for improvisation and technical prowess. “In the beginning, this sextet is basically a “jazz band” with its own themes, solos, moments of sheer audacity or bravery, rhythmic patterns opening onto improvisation – in other words, a whole gamut of idiomatic details making very clear allusion to this tradition,“ concludes Tchamitchian. There are no better words to describe the profound originality of Traces…